A couple of weeks ago (yes, it's taken that long for me to write about it) we decided to sell our wares at a street fair. But this was a slightly different one. First, it was on OUR street, with our neighbours. Second, it was to raise funds (and interest) in our upcoming Jubilee street party!
Obviously, we used the event to promote ourselves, so we baked as many different types of bread in 24 hours as possible! Not as easy as it sounds, as each loaf needed to be timed. You can't just knead a hugh amount of dough, shape it and move on as we only have a domestic oven, therefore, we timed each loaf (or every two loaves to be precise) with 40 minutes space inbetween for the bake. Most of the time this approach worked. We started with the humble white loaf. 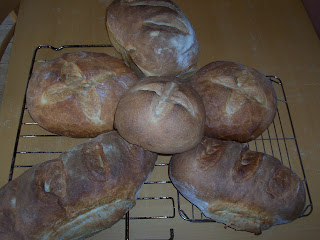 The first batch were done before the school run (the day before). When home again, wholemeal seemed a good idea. Now, if you bake, and like us, you don't have a fancy dough attachment to help you knead, then consecutively kneading three pounds of wholemeal (broken down into three sizes) will almost make your arm fall off. I can safely say that my arm didn't fully recover from this for the rest of the day. Anyway, here's the wholemeal (you'll note that I'd found the poppy seeds by now!) 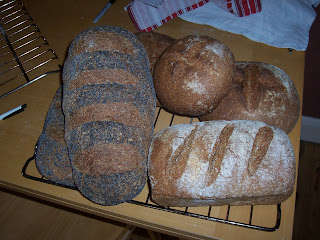 Next, onto our Hippy Loaf. One of our biggest sellers, this combines malted wheat with seeds, plus honey. People love the taste and, deep down, we're all hippies aren't we?!
At the fair we had tasters of the first three types of loaf - white, wholemeal and hippy. Good idea from my OH! 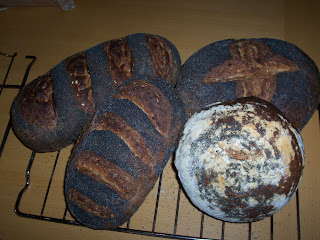 Meanwhile, we'd had our sourdough proving. People asked me at the street fair, what's a sourdough? I said the clue really is in the title. Not a taste you'll forget, but one you'll hopefully love! As with one of the Hippies, you'll spot that the proving baskets were now being used! 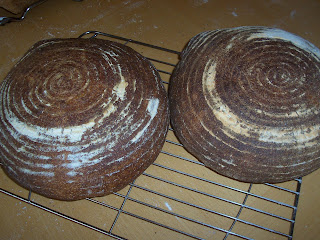 At this stage, baking had been going on for about seven hours. Enough is enough, so we shut down until the following day - the morning of the fair itself, when focaccia's were the order of the day. These were cut into large chunks and sold. 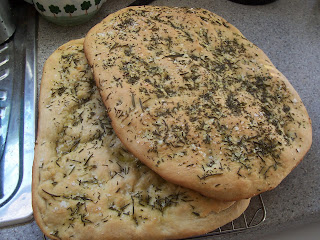 Now, at this stage it was planned to make two spelt loaves, but we only had enough for one, so we made a lovely one! I'm usually disappointed in the taste of spelt, but honey and oil transform it. Actually, this was the first loaf sold, two hours before we should have opened! 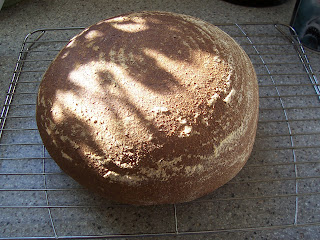 Home straight now. Just one more type of loaf to make for the fair. We call it our sandwich loaf, but it needs another name that better represents its shape. My OH reckons it should be called a Dolly, for obvious reasons! 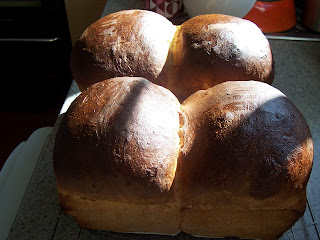 That's it. We packed up and sold everything! In the end, we made 23 loaves and since the fair (where we raised £50, all for the party, none for us!), we have gained many new customers, which is lovely. At this point I wanted to show some pics from the fair, but we haven't had them emailed to us yet! Another post!
Posted by Blackbird bread at 06:15 1 comment: 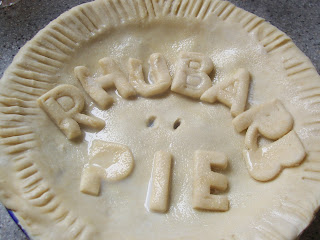 I've come to realise that one of the reasons I enjoy baking is that it gives you an outlet for all things a bit chintzy and slightly naff*. That's not to say that I find baking itself naff, but there's more room for things that are a bit homespun or 'folksy' in baking than in other hobbies. For example, I don't think gingham would work as a tracksuit (although I did see some rather nice Liberty print trainers recently) but it looks great lining a basket of muffins.

This thought stuck me as I found myself using alphabet cutters to label my recent creation (above). When it comes to baking I revel in the chance to pull out the tasteful stops and channel my inner kitch.

The world of baking features so many colourful and frankly joyous things to embrace. Tints for icing, cookie cutters in pretty much any shape you can think of, (in one of my Nigella Lawson books she actually lists all the cutters she has) heart-shaped baking tins, patterned paper cupcake cases, edible lustre, teeth-breaking dragees - and that is just a sample of some of my kit.

While OH busies himself with the business of bread I revel, literally, in the icing on top of the cake. Don't get me wrong I love the bread - but it's all a bit - brown, OK golden brown. Of course OH is no stranger to a bit of kit himself, proving baskets, baking stones - but frankly none of it is very pretty or cute. It's no vintage bundt tin or Cath Kidston tablecloth (it's the cowboy* one all the way for me btw). So I will leave OH to get on the with staff of life, while I busy myself with the 'fancy' stuff in life.

*Personally I blame watching Calamity Jane at an early age. 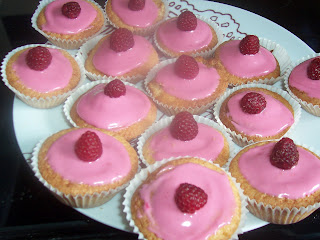