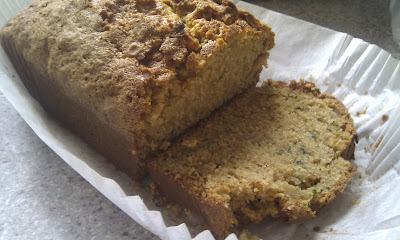 Courgettes. Those of you that have grown them will know that they are everywhere. For weeks, you have nothing, you think the plant's dead, the soil's too dry, the slugs are eating them....and then one day you get up and you see this..... 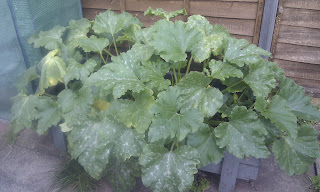 ...and underneath the foliage, you find your first courgette, swiftly followed by many more. In fact, we have so many that we decided to make some bread with them. Even the kids wanted to help! A miracle!

Courgette bread (or Zucchini Bread) is a lovely, sweet loaf with green flecks of courgette running through it. It proved to be very popular in our house and with Mrs B's workmates too!

This is the table before the kids helped. 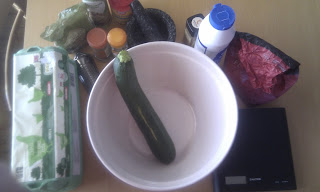 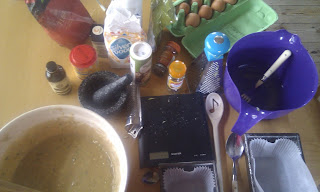 We found a great recipe from Rachel Allen's Bake book and based our recipe on her Zucchini Bread. I can't locate a copy of this recipe online. But here's the book. http://www.amazon.co.uk/Bake-Rachel-Allen/dp/0007259700 Buy it! We didn't include the walnuts, as we didn't have any in the cupboard, the kids didn't fancy it and, to be honest, I'm not certain it misses it! I've included them in the ingredients below in brackets.

The recipe involves a lot of ingredients, but the process is very straightforward (basically put in a bowl, give it a stir and slam into the oven!). It also has both bicarbonate of soda and baking powder, which may seem excessive, but the mixture is very sloppy due to the courgettes!

So here's our version of Courgette Bread.

This makes two medium sized loaves. Halve the quantities if you just want one loaf.

Add the beaten eggs, butter, vanilla extract and courgettes to the dry ingredients and stir well. Add walnuts if using.

Divide the mixture by two and spoon into the loaf tins. 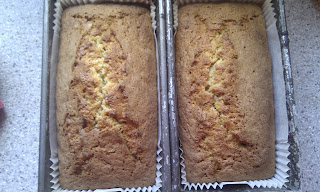 Let it cool in the tin, then carefully place upon a wire rack. 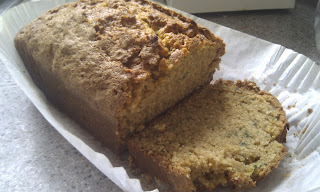 Enjoy and bake more to use more courgettes! 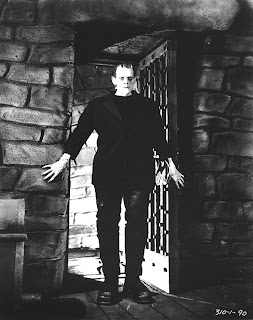 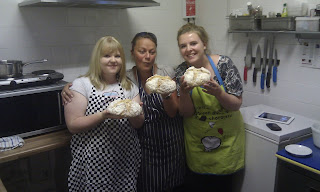