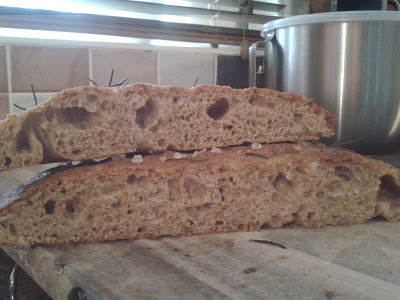 We invited our Twitter friend, Edesias Kitchen, to write our first guest post. Edesias Kitchen is an innovative culinary service providing people with a wide range of fantastic food (particularly great bread and pastry) including a bespoke catering service brought to your own kitchen.

I was very flattered having been asked to write a guest blog for the extremely talented Blackbird Bread, so with this in mind I wanted bring to you a little of what I enjoy creating.

Having spent over 17 years in food science (in particular the microbiological and nutritional analysis of food) and then a spell of working in food manufacturing I decided to embark on a lifelong ambition to have my own business creating and sharing my enthusiasm for food.

Throughout my life bread and pastry has always been my biggest passion (and guilty pleasure). All of my spare time is put into creating recipes as well as trying out other people's ones. My biggest flour hero is Dan Lepard and as I also enjoy cooking the French classics so is Raymond Blanc. I have taken a lot of inspiration from both of these experts. So now my aim and focus is to be able to share with others my knowledge and passion through my Edesias Kitchen courses and catering.

Having recently been asked if I could make a wholemeal focaccia I automatically though 'flat brick', but then it got me thinking… I tweeted some of my floury contacts in the Twitter world and gained a bit of an insight to what others thought. Interesting comments prevailed so I then called up one of my Italian friends and asked her what she thought. I learnt some colourful Italian superlatives and took that to mean as really she didn’t think much of it as a concept!

So me being me (I’m no defeatist) I got out my bowls, the yeast, the flour and with a bit of peer inspiration and some experimenting I came up with the following. A fabulous light as a feather, Rosemary and garlic wholemeal focaccia.

I feel that the beauty of this recipe is that you can be doing something else while it's sitting in its bowl… its (nearly) effortless. 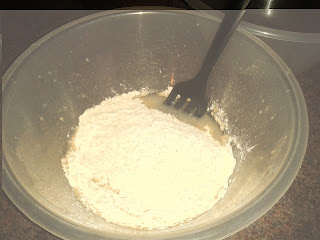 This dough will be really quite sticky and you will probably need to use a dough scraper. 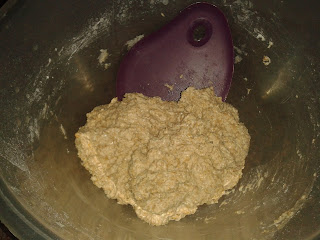 Clean around your bowl with your dough scraper and add the 25g of olive oil at the bottom of the large bowl. Sit your sticky dough in the middle of it cover it with the smaller bowl… and leave it alone for 30 mins to up to an hour . It's up to you, but remember, the longer you leave it the better the flavour! 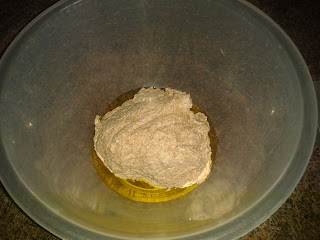 After your chosen rest time, fold the dough bringing the outside to the middle four times in the bowl, cover again and repeat this folding/resting step three more times. 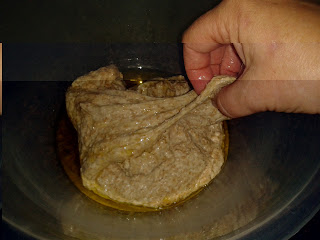 After the final fold and rest, your dough should be soft and pillowy with most of the oil incorporated into it. 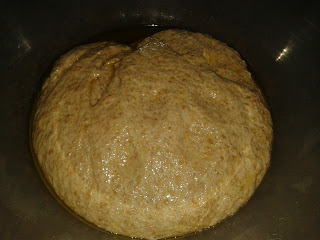 Take your dough out of the bowl and place it on a prepared baking tray lined with some baking parchment. Gently press your dough using your fingers to make the lumps and bumps. At this stage I used some fresh rosemary from my garden and drizzled it with some garlic infused olive oil and a sprinkling of sea salt. 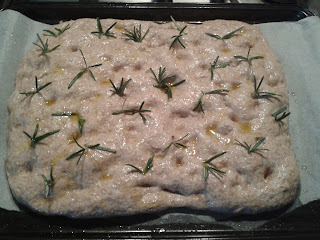 Preheat your oven to 250oC.
Let the focaccia rest and rise again for around 20 mins. Bake for around 10 mins at 250oC then turn your oven down to 220oC and bake for a further 10 mins until a rich golden colour (remember oven temperature differs from oven to oven, you may need a longer or shorter bake).
Your final bake will hopefully look something like this, a beautifully light as a feather, garlicky, salty, chewy wholemeal focaccia. Enjoy! 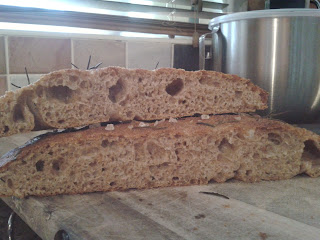 Posted by Blackbird bread at 14:22