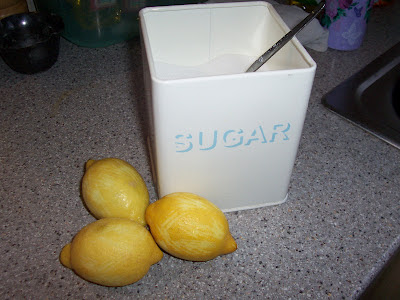 Ok, it's a bit of a dramatic title for a post about cake. I've been testing some recipes for a new cookbook that's due to be released later in the year. That's about all I can tell you as I signed a confidentiality agreement which says I can't say anything about it - so you are probably thinking this is going to be a short post!

What it made me think about is the care, or sometimes lack of it, that goes into recipe development. When we've added recipes to the blog I'm always very conscious to try to give as much (helpful) detail as possible. Only you can tell me if you've tried a recipe and it's worked, if we've been informative enough! Although it is sometimes difficult to know where to pitch something. Is the reader an experienced cook? Do I need to tell them how to line a cake tin? Of course, some of the joy in recipe writing is in the descriptions. Any reader of a Nigella Lawson book will know how she likes a similie. Equally this can be useful in conveying to a reader how something should look - 'crush the biscuits until they look like not too fine, rubble'. More interesting and helpful than just saying crush the biscuits up a bit!

The recipes I tested, while they worked (although no thanks to a missing ingredient in one of the methods) didn't have any feeling or emotion about them. The introductions were perfuntory, the tips a bit bland and there were no indications of what something should look like at a particular stage.

For me, I suppose a recipe needs to say something more. Convey a time, place or feeling. Generally have a little soul to it. It's possible that the book I was testing recipes for will have some of that added in the standfirst by an obliging editor or sub, that once the photographs are included the recipes will have warmth and light and joy about them. Although for me, that should be there in the method, as an avid reader of recipes the ones I choose to cook are the ones that capture a sense of excitement, adventure and skill. I want the recipe's author to invest something of themselves. Baking is often talked about being like science with precise measurement. Without imagination though, it may as well just be chemistry. 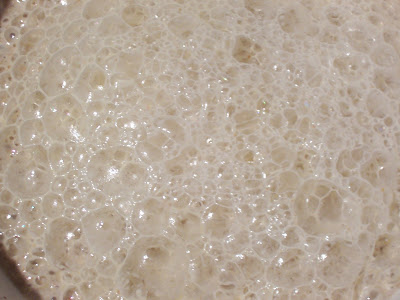 Posted by Blackbird bread at 17:37